We believe together we define our common future. For this to be a sustainable future, we need to do things now without compromising the ability of future generations to meet their own needs.

This will require holistic solutions that minimise negative consequences and a process which is inclusive, participatory, and possibly experimental. 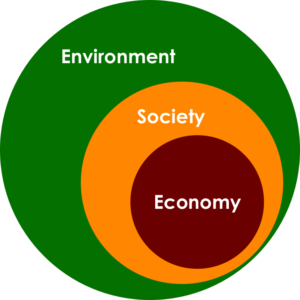 We understand that nature can operate without an economy, but that an economy cannot operate without the ecosystem which nature provides. As such, we do not only focus on economic impacts, but also on the environmental and social consequences of investments.

True sustainable solutions consider the People, our Planet and Prosperity. These 3P’s form the triple bottom line, which not only makes an investment sustainable, but also successful in the long run.

Cycas Capital founded with John Wagner, together with Parton Capital, the hospitality company Cycas Hospitality. Initially the company pioneered the branded extended-stay in Europe, becoming a leading player in this sector.

Over time the company was developed into an all-round hotel operating company focused on operating hotels across Europe and currently active in the UK, France, Germany, Belgium and the Netherlands.

Since 2017 Cycas Hospitality partnered with Huakee, a Thai family-owned conglomerate which also owns and operates several hotels in Europe, Southeast Asia and Australia. Huakee took over the majority share in the company in early 2020 to act as a capital partner, growing Cycas Hospitality across Europe.

A piece of mezzanine finance for two factory outlet centres in Spain was bought and privately placed with a Dutch investor group in 2007. The deal was structures as cooperative investment fund.

The two centres, focused on high end fashion brands and leisure shopping, managed to increase their turnover and lease income substantially during the financial crisis, which hit Spain and Europe in 2008 and 2009.

In 2010 it was decided to sell the mezzanine interest, which resulted in a total IRR, for the investors, of 31% and an equity multiple of 1.9 times the original investment.

Cycas was appointed by a real estate developer in Amsterdam to arrange project finance for a new hotel (320 rooms).

After reviewing the funding needs Cycas prepared a short list of potential banks and then, based on reactions received from those banks, selected a foreign bank to introduce to the client. Using their experience of new development finance, Cycas negotiated all of the conditions with the bank to create the term sheet as well as the final Credit Facility Agreement. As part of the approval process Cycas also prepared all of the necessary documentation required by the credit committee of the bank.

Therefor Cycas took over the whole finance process from the client as well as handling much of the preparation for the account manager at the bank. This speeded the process and considerably improved the deal’s chance of success.

However, an additional problem was experienced during the process when the development company was sold before the Credit Facility Agreement had been closed. As a result both Cycas and the bank had to deal with a new client. This new client was introduced successfully and Cycas managed the process until a successful closing.

Due to a change in the market the Interest Coverage Ratio (ICR) of the Client became a default issue, because the income of the property was turnover related. This issue also meant that there was a default on the Loan to Value ratio.

Cycas was involved with the negotiations for the restructuring of the loan. This meant analysing the situation, meeting with the bank and negotiating the step-by-step restructuring. Cycas concluded that the bank would lose money with a forced sale and that the SWAP rate was very high compared to the market.

Cycas first proposed buying-out the SWAP in order to lower the interest payable and bring the ICR to a positive level, thus allowing for loan repayment. Secondly to defer part of the interest margin to the moment of final loan repayment. Thirdly to take out the LTV clause from contract. The bank agreed on the package which cost the lender only a fraction of what would have been paid, if the ICR had been resolved in a conventional way.

The client is a fund investing in a portfolio of properties (B locations) in Germany. The fund was in default on their loan facility, as their valuations brought the loan under the required 85% Loan To Value ratio (LTV). This was an umbrella facility with one UK bank.

Cycas advised on the negotiations with the bank to restructure the loan facility. We reviewed the property cash flows for the fund and concluded that the portfolio was achieving a good Interest Coverage Ratio (ICR), but was in default on the LTV. Furthermore Cycas concluded that the bank had as much incentive as the Client to solve the default (due to the bank’s higher equity coverage ratios, for loans in a default situation).

It was Cycas who advised taking the LTV clause out of the contract in exchange for a cash sweep, which would lower the exposure for the bank in the long run and solve the default. The fund management negotiated with the bank and restructured the loan accordingly.

In the midst of the financial crisis a developer needed to sell a hotel (364 rooms), in Berlin to free equity and avoid default with the bank. A willing buyer was able to buy the property if provided with €66M of debt.

Cycas was hired by the seller to structure a stapled finance deal for the buyer. We reviewed the property’s cash flow and concluded a mezzanine finance structure would make the transaction feasible.

In four months the transaction was closed with €60M of Senior debt from a German bank structured through their London Branch (to be able to speed up and process the transaction) and €6M mezzanine debt with the Jersey Branch of a South African bank. The property was sold before the bank could call default.